The way we dress sends messages to the world about who we are... Are you sending the right message? Download the >> "10 Styling Mistakes To Avoid At All Costs" DOWNLOAD NOW

Yves Saint Laurent – “1971 La Collection Du Scandale”
The Foundation Pierre Berge presented an Exhibit dedicated to the YSL collection known as the “1971 Spring Couture Line That Caused Scandal” inspired by the 1940’s.
Curated by Olivier Saillard, the show featured 40 outfits from the couture line. They were perceived as vulgar and referenced a dark chapter of history, the Nazi occupation of Paris during World War II.
I was amazed to see how innovative YSL had been, most of his designs could still be worn today.The exhibit was wonderful but I thought it was too short. I would have liked to see his following collections for comparison.
However, we heard through the grapevine that an Yves Saint Laurent Museum is in the works which will display all of his brilliant work. Something to look forward to, no doubt. He was a Master of his trade.

Jean-Paul Gautier – Exhibit “From Sidewalk To Catwalk”
I was fortunate to see Jean-Paul Gautier’s retrospective Exhibit “From Sidewalk to Catwalk” last June 2015 in Paris. Jean-Paul Gautier is a French Haute Couture & Pret-a -Porter Fashion Designer & Innovative Costume Designer. He has worked for Pierre Cardin, Patou and Hermes. He launched his own Fashion label in 1976. The rebellious, Bad boy of Fashion remains one of today’s Innovative and creative designers. He has collaborated with Madonna’s Blond Ambition Tour and created her wardrobe of which the signature look, the cone shaped bra. Jean-Paul Gautier has also collaborated with film makers such as Jean Luc Beson and diversified into fragrances, furniture and accessories. It was a brilliant exhibit, he is definitely a Genius!

Avenue Montaigne – The “Haute Couture” Avenue Of Paris
Avenue Montaigne was originally called “Allee des Veuves” (widows’ alley) because women in mourning gathered there, but the street has changed much since the early 18th century. The current name comes from Michel de Montaigne, a writer of the French Renaissance. In the 19th century, the street was known for its entertaining & colorful Saturday night balls. Avenue Montaigne is now home of Paris’s High Fashion names; Christian Dior, Chanel, Versace, LVMH…

Dusseldorf – A Taste Of Europe
Dusseldorf, considered to be the Fashion capital of Germany, both very posh and modern. The Galeria Kaufhof and Karstadt dept Stores carry all the major high end couture brands, with elegance and sophistication. Dusseldorf offers a variety of antique, flea markets and weekly markets where locals and tourists can be pampered with delicacies, breads, fresh fruits and vegetables as well as exquisite flower arrangements. A big city with a “village” flair. Loved my time exploring Dusseldorf. 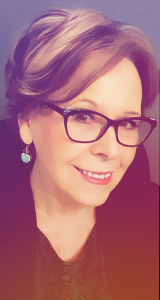 Are you sending the right message?

Download the >> “10 Styling Mistakes To Avoid At All Costs”